Some PYTHON ropes have a plastic encapsulated core, dubbed PlastGuard.

PlastGuard has several advantages over non-encapsulated wire rope. All of them eventually result in an extended service life of the rope and help the operator to reduce downtime.The performance of the coating material is critical for the rope‘s service life. Over the past decades, WDI has done extensive research and constantly improved the material. 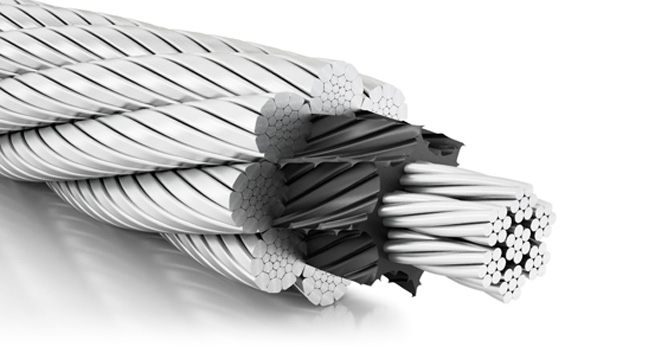 In a rope, the pressure of the outer strand layer causes nicking in the wires of the strand layer beneath. Wires will fail first in these places. This represents a safety problem, as the entire rope core could fail although the rope has not indicated discard by outer wire breaks yet. PlastGuard provides a plastic layer between the outer layer and the core, preventing direct metal to metal contact and thus core failure. Ideally the core remains intact until wire breaks in the outer layer give warnings for a rope change.

Wire rope life decreases dramatically when lacking lubrication. Relubricating the core of a wire rope, however, can often be a problem: common relubrication methods – including pressure lubricating – cannot deliver the new lubricant to the inner core.

By encapsulating the core with PlastGuard, the factory lubrication is captivated inside. Wire rope life cannot diminish due to running dry. At the same time, water and particles – common reasons for rust and rope deterioration – are kept outside.

No loss of lubrication
No ingress of water or particles

High fleet angles are often the reason for the introduction of torsion into the wire rope. Having eventually developed into a bird cage or a protruding core, the wire rope has to be discarded prematurely. PlastGuard effectively reduces the uptake of torsion by the core and provides a stabilizing bedding for the outer strands. It helps to lift the service life of ropes in problematic reevings to an acceptable or more economic level. 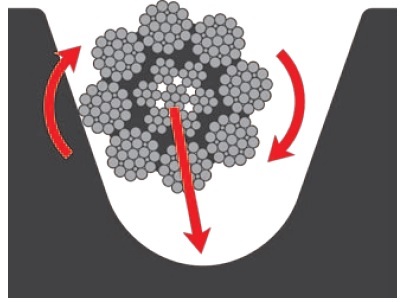 High fleet angles cause the rope to rotate
and slide into the sheave groove.